Tesco Ireland’s fish counters use expanded polystyrene boxes to transport their produce. Polystyrene, when expanded, contains 98% air, making it a logistical challenge to store and transport it for waste management – but when compacted, it can be recycled.

Tesco Ireland uses EPS boxes to transport fish produce. DS Smith and Tesco Ireland, driven by their desire to recycle as much as possible, looked at ways to recover EPS from Tesco Ireland’s general waste stream.

The challenge lay in the fact that EPS is bulky but very light. It is expensive to transport, and there is very little material output when it is compacted. Because of this, there has been little investment in compactor machinery and recycling systems for EPS in general, which has led to a lack of recycling infrastructure on a national scale. This makes it a challenge to recycle expanded polystyrene.

The high volume and low weight ratio of EPS means that though DS Smith collected 93,500 cubic litres of EPS every week from Tesco’s Irish estate, this totalled only 10 tonnes of material a year. Solving the challenge in the weight-volume ratio of EPS was the key focus of the project, as the EPS fish boxes were a significant contributor to the weekly bin lifts of general waste from Tesco Ireland’s stores.

The partnership between Tesco and DS Smith is founded on innovative solutions to recycling challenges , and improvement of our existing processes. So in 2017, DS Smith and Tesco started working with a local partner, Waste Matters, as part of the partnership’s stated intention to involve local suppliers and support local enterprises.

Waste Matters  has helped solve the challenge around recycling polystyrene by combining compaction with transport, with EPS compactor machines transported inside articulated lorries, processing the polystyrene at the point of collection before moving on to the next load.

The rollout was extremely fast, and had very little invasive impact on Tesco’s existing Irish operations. The project removed one general waste bin from each site and used the existing cages to store the EPS boxes. A project team trained all affected staff in ensuring that the boxes are cleaned and rinsed with water before storage for collection. This reduces any contamination from transporting fish, improving the quality of material  sent for recycling.

The success of this project can’t be measured in tonnes. Instead, our real impact is visible in the physical quantity of polystyrene that the project has removed from Tesco Ireland’s waste management infrastructure. 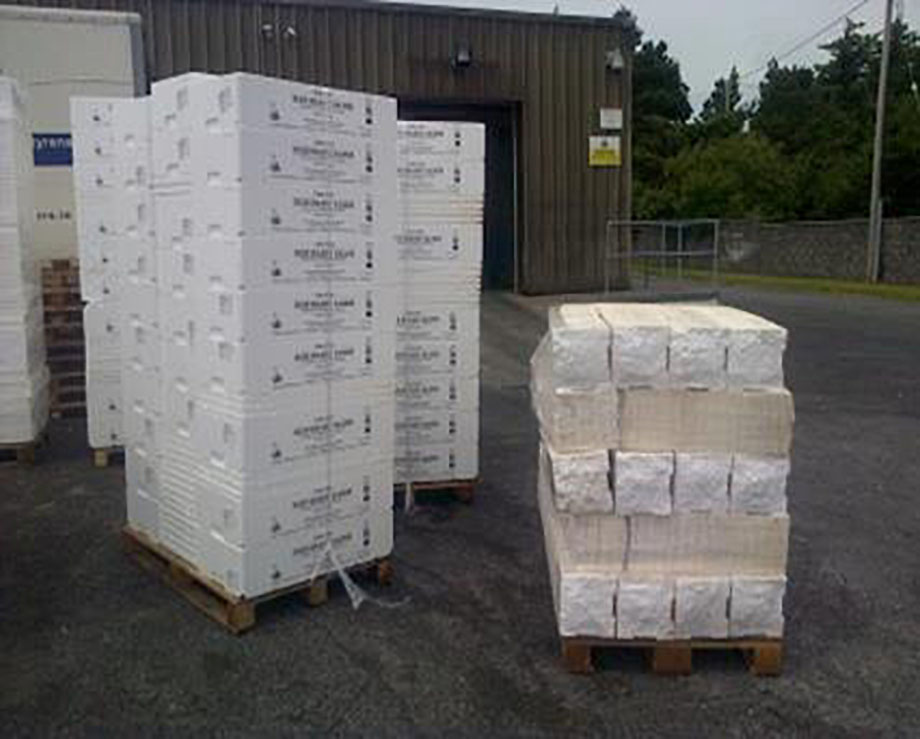 Cubic litres of EPS collected in a year

The partnership has removed 4.86 million cubic litres of polystyrene from Tesco’s general waste bins, and has ensured the successful recycling of a hard-to-recycle specialist material. The compacted polystyrene is transported to County Laois, from where it is sold as a commodity to companies who recycle it into insulation boards, garden furniture, and coat hangers. No polystyrene is sent to landfill.

General waste reduction in a year

As well as improving Tesco Ireland’s sustainability and ensuring that a hard to recycle stream is actually recycled, the project has generated employment in the local community by supporting more Waste Matters drivers on the road.

In recognition of the project’s success, it was highly commended for ‘Business Recycling Champion’ at the PakMan Awards 2017.

Could we help you to recycle your plastics? Find out more about what we do: