Tecnicarton and Plastic 7 develop a container for automotive that allows the arrival of the piece to its destination in perfect conditions.

DS Smith Tecnicarton and Plastic 7 have jointly developed an industrial packaging for automotive industry whose purpose focuses on reaching its destination in perfect conditions. 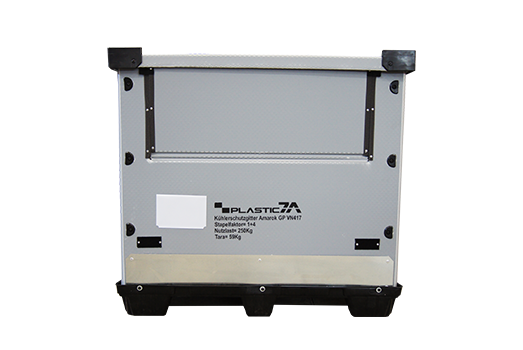 Thus, the collaboration arises from the need that Plastic 7 presents to Tecnicarton with the aim that their pieces do not suffer marks, scratches or friction during the delivering to their destination.

At first, Plastic 7 proposed to reuse some of the containers available, although improving the interior design. However, after several tests, this possibility was discarded by the little practicality that use this same container would suppose.

From that moment, Tecnicarton made a serie of proposals of the Tecnipack containers, trying, more and more, to optimize the capacity of the same ones. So, the number of pieces by container is, at least, the minimum demanded by its client. In addition to this requirement should also be contemplated the possibility that these containers were foldable, as well as the different possibilities of openings that the container should have, ergonomics, in order that the access to the parts and the process of manipulation by part of the operators will be much easier.

Finally, after presenting several prototypes, a non-folding Tecnipack reinforced with metal sheets was validated at the bottom and the PP cover system with three-quarters opening valid for any pallet on the market. Once optimized the number of pieces by Tecnipack, the development focused on the main objective: the materials used for the interior conditioning of the container, since during the tests of transport, it was detected that some of the pieces suffered friction and marks by part of the conditioning used. 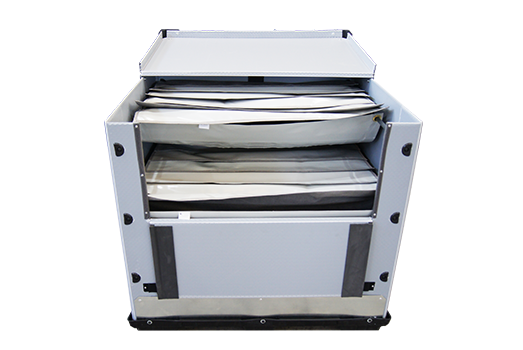 After several tests, it was finally possible not only to find the ideal material for the care and protection of the pieces, but also, by placing the pieces in their natural position. They were prevented from touching by the visible part, and arriving at their destination in the perfect condition. 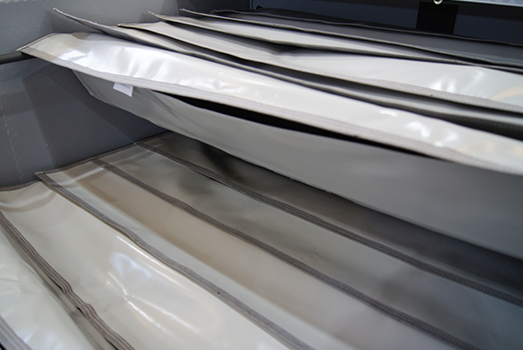 This is a case of success in the collaboration between Tecnicarton and one of its clients, and how the commercial and R+D+i  department have worked together to give the best solution to Plastic 7.

The design presented to this company, supplier of  Level 1 from the automotive sector, is based on the Tecnipack container. Recently Tecnicarton has improved its system and has been able to reduce its delivery times of this product by 50% against the usual times.